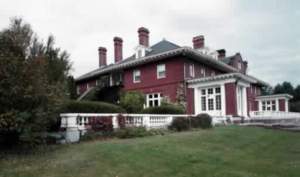 LANCASTER —  The Maharishi Ayurveda Health Center, a landmark 217-acre gated property that once attracted celebrities such as Elizabeth Taylor, George Hamilton, Michael Jackson and George Harrison, is for sale.

The center, at 679 George Hill Road, consists of several buildings. It was put on the market last week for $16 million, according to Nancy J. Hazel of TP Hazel Sotheby’s International Realty, the agent handling the sale. She said there have already been some inquiries, but yesterday declined to say if she showed the property.

Lothar Pirc, president of the center, said it remains open.

The property owner is listed in the Lancaster assessor’s office as Maharishi Global Development, and its use is listed as educational. Its assessed property value (buildings and land) is approximately $2.3 million. There are 20 bedrooms, 20 bathrooms, fireplaces, terraces, staff quarters, gardens and meadows. Recently, it has operated as a high-end spa for meditation, alternative health practices, and Ayurveda education. The estimated real estate tax is around $32,000 a year.

Mr. Pirc, also the director of a Maharishi center in Germany, is involved with other Ayurveda centers around the world, and was part of the force behind a 2009 rebirth of the center.

Ayurveda, an ancient form of medication and health practices from India, became popular in the 1970s through the late Maharishi Mahesh Yogi, a controversial guru visited by the Beatles who promoted healing and mediation practices.

Mr. Pirc said the property owner is a nonprofit organization that holds a 49 percent share in the business and could have some say on how it would operate under a new owner.

The center opened in 1985 and for years drew celebrities who wanted to practice meditation and receive treatments in a spa-like atmosphere away from the public. Ms. Taylor, while staying at the center in 1988, was taken to Clinton Hospital for a sore hip. Mr. Harrison, who followed the Maharishi after his bandmates soured on him, was spotted at the Solomon Pond Mall in Marlboro, at a convenience store in Bolton and a few other spots. Lancaster police were occasionally called to keep Jackson fans off the property.

In 2000, the estate was put on the market for $14 million after the Maharishi moved his center to North Carolina. A deal with a private owner for use as a private home fell through, and in 2006 a new group of transcendental meditation followers with grandiose plans for a grade school and a university came in, eventually leading to the purchase by Mr. Pirc’s group.

The historic mansion was designed by Guy Lowell, architect of the Museum of Fine Arts in Boston, and built by Bayard Thayer of Lancaster in 1904, according to Lancaster Historical Commission records.

Originally called Hawthorne Hill, the estate was the summer and holiday get-away home for the Thayers who lived on Boston’s Beacon Hill. Mr. Thayer was known for his interest in trees; he had a pinetum, an area dedicated to the cultivation of trees on the property.

Hawthorne Hill was known for its landscaping and gardens and was opened to residents once a year during its heyday.

“The town has always enjoyed a strong relationship with the Maharishi Ayurveda Health Center,” said Town Administrator Orlando Pacheco. “We understand that in this economy that they have to do what is best in its long-term interest. The town is willing and welcoming to any proposed buyers on the development or redevelopment of the site.”